We saw Leicester City crowned champions of England at outrageous odds of 3000-1, Lewis Hamilton missed out on a fourth World Drivers Championship to a now-retired Nico Rosberg, while England Rugby have lasted the duration of 2016 without defeat under the careful guidance of Eddie Jones.
We’ve had quite a few moments to embrace here at Scimitar, too. Here’s a breakdown of our favourite moments throughout the year, and a selection of our favourite images from the year.

In what was a freezing January, we had to spare a thought for those taking part in Avalanche Endurance Events Fan Dance 2016 series. In a 24km non-navigational race over two sides of Pen Y Fan (the highest mountain range in the Brecon Beacons), it’s the ultimate challenge of endurance and mental/physical strength. We were excited to create the running vests and technical t0shirts for the series.
The Super League kicked off in February, with the opener between Leeds Rhinos and Warrington Wolves. We were delighted to create the pitch banners for the first match, where Warrington Wolves would shock the home contingency with a 12-10 victory. For the Rhinos fans, it would set a precedent for a disastrous season which resulted in a bottom four finish.
The Westport Gran Fondo took place in March, a 122km event taking in and around the stunning Sheffrey mountains in Ireland. For those who found the 122km too much of a challenge, there was also a 70km alternative.
We had the Virgin Money London Marathon in April, where we exhibited in front of thousands of avid runners and their families. We also had the World Dodgeball Association World Cup, where a Northern Ireland team kitted out in Scimitar put in a strong performance.
The fifth annual Kent Roadrunner Marathon took place in May, where some of our favourite running vests were on show, alongside a selection of our other vests and t-shirts.
We also had Action for Charity’s Women V Cancer Ride The Night in May, where over 2,500 riders raised over £1,200,000 for Breast Cancer Care, Ovarian Cancer Action & Jo’s Cervical Cancer Trust. We’re already looking forward to 2017, where over 3,000 participants are expected to raise even more for these fantastic charities.
In June, the Ride to Rio cycling challenge saw X number of fundraisers ride over 3,000 miles on their bikes to raise money for the Jane Tomlinson appeal, wearing Scimitar’s reputable cycling kit. The appeal went viral after Charlie Webster, a TV presenter known for work across Sky Sports & BoxNation, fell seriously ill with a rare strain of malaria. Thankfully, Charlie is home and recovering well.
Switching from Nike to BLK in a big sponsorship deal, we created a giant replica kit for Saracens Rugby in July, who displayed it proudly on a stand at Allianz Park as part of the marketing launch. We also had the UK’s most popular cycling event in Ride London. Also in May, as part of the Ride London weekend, we saw the SuperFinals of the Street Velodrome competition. We created all of the kit for this initiative, encouraging an interest in track cycling amongst the public and youngsters.
As Rugby League reached the latter stages in August, we were thrilled to create flags and banners for the Challenge Cup Final between Hull FC & Warrington Wolves at Wembley, which saw Hull FC pick up their first Challenge Cup in a 12-10 win.
We also had TORQ In Your Sleep, the fastest growing endure on the UK’s MTB circuit. This weekend event offered music, catering, showers and free camping for those taking part. Scimitar-powered TORQ athletes took 1st Male Solo, 1st Mixed Team & 1st Male Pair to cap off a brilliant weekend.
The Grail Quest took place in September, an obstacle race with a fantastic medieval theme. We created a fantastic range of technical t-shirts for this event, which you can see in the gallery below. Besides this, our involvement with the Castle Triathlon Series for 2016 drew to a great conclusion at the stunning Hever Castle grounds just outside of Royal Tunbridge Wells. We’re excited for the 2017 series, which introduces both a marathon and a pop-up London triathlon for the first time.
The UK played host to the Rugby League Four Nations competition in October, and although England underperformed at the tournament, we were delighted to create flags and banners for the event.
We announced in November that we would be headline sponsors for the Scimitar Lightning Run, a 12 hour event that takes place in April. You can find out more about this event by clicking here. Besides this, Ben Moore took part in a race against an Ariel Atom kitted out in Scimitar MTB kit, for a video that has been seen over 200,000 times on Facebook. We also had the Roller Derby European Cup in Newcastle, with Scimitar-clad Tyne & Fear taking a third consecutive runners up position.
Entering December now, and Derby entertained Nottingham Forest in a pre-Christmas rivalry that produced a surprisingly comprehensive 3-0 victory for the home team. We created supporters flags for the event, adding to what was an already intense atmosphere pre-kickoff!

A huge congratulations needs to be given to the TORQ Professional Teams, who had an immensely successful 2016. With over 74 races entered, there were 54 podium finishes, 11 World Masters championship titles, 29 total wins and two world records. Well done to all involved across all disciplines.
It’s also worth mentioning the launch of our brand new retail branding over at Scimitar Shop, with a host of new products and a fresh new look. You can browse the new online shop by clicking here.
Thank you to everyone we’ve had the pleasure of working with in 2016. It’s been incredible, and we hope to continue and grow our relationships into 2017 and beyond!
Merry Christmas and Happy New Year, from the Scimitar team.
[foogallery id=”5836″] 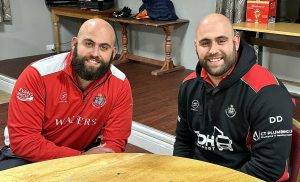 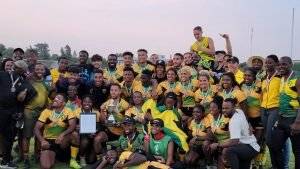 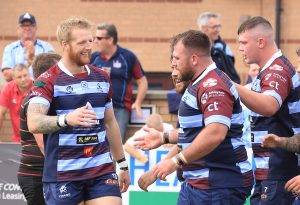 Titans back to best, frustration for Worcester & Hereford Only four of our teams were in action at the weekend with two enjoying impressive wins.