There are over 7 million runners across the UK and this week, one of those runners achieved something very spectacular. Alix Ramsier, 34, ran his 5th ever marathon in Brighton on Sunday, and achieved a personal best time of 2:29:07 to be crowned champion of the UK’s 3rd biggest marathon.

This year saw the return of the normality for the event, with over 8,500 participants and record-breaking crowds lining the beachfront streets of Brighton. The day after the event, we caught up with Alix to find out all about his victory, celebrations, his preparation, and of course, what’s next in his running career.

What does it feel like to be the winner of the Brighton Marathon?!

It feels more surreal now than it did after the race. It’s all a bit of a blur from the end of the race. You’re just exhausted so I was a bit overwhelmed by finishing and then straight away I went for dinner with my family. Getting congratulated was great but when I got home and it was just me, my wife and the kids, it was just surreal. I was sat there with all the messages coming through congratulating me – it was just bizarre. That’s probably the best way for me to describe it!

Who came down to support you?

I live in Coulsdon in Surrey which is only 30 minutes from Brighton on the train. We jumped on the train on Sunday morning – my mum, my wife, my dad, a couple of friends and my coach – they all came down together. I wasn’t expecting to win it, I was just expecting to have a day out in Brighton really. For it to go the way it did was just magical for us all. I got as much enjoyment out of seeing them at the end as I did winning it – it was just great. It was lovely.

What was the raw emotion like as you crossed the line?

I could have cried if I’m honest – partly through finishing because I found it really tough. But the overwhelming feeling of coming through Brighton itself, realising I was winning and that people were literally shouting for me at the front, was overwhelming.

There’s some video of me finishing and literally collapsing to the right-hand side and just sitting there for a bit, soaking it up and thinking “I can’t believe I’ve just done that” because there were a lot of times in that race, where as silly as it sounds, I could have just stopped. I said to my wife afterwards, I was finding it that hard I could have given up. Regardless of where I was position-wise, I just found it really tough and that was the thing I was most proud of when I got home – that I didn’t throw in the towel, because it does hurt! It doesn’t matter how long it takes you – marathons are a really hard distance – mentally as well as physically – and the overwhelming feeling of completing it was great.

How did you celebrate?

We found a pub on the seafront and had a few beers and food which was lovely. Then I went to the arcade with the kids because I promised them that if they came to watch me run, I’d take them to the arcade! In the evening, we celebrated with a KFC and watched David Attenborough – that was my Sunday-night celebrations and it was perfect.

How did you prepare for the Marathon?

I ran the London Marathon in October and I had a couple of weeks of downtime after that. I run a lot, I do run most days but from November time I slowly started to build up my miles and I only made the decision to race at Brighton after Christmas. It was my dad that ran it a couple of times and he said I should try and have a go at it. Marathon training takes a toll on the family, espeically at the weekends, but they are so good with it. Training went well. I didn’t pick up any injuries or illnesses so I got quite lucky with that which always helps. I run with guys who run 100-120 miles a week but I don’t do that many as it’s taxing on my body and family, so I do about 70-80 miles a week. A couple of weeks before the event, I started to taper but I was trying to fit in about 70 a week.

What did you do the day/night before the Marathon?

It was my niece’s birthday party on the Saturday so I went there. They all had McDonalds and I just brought a pasta with me, which for me, they couldn’t believe! Then in the evening I slept really well. The Thursday and Friday I slept terribly and I said to my wife: “I don’t know why I’m not sleeping well.” And then on the Saturday I was just ready for a good night. When the alarm went off on Sunday, I was shocked I hadn’t woken up several times in the night, which I usually do before a big race, so it was quite nice. I felt quite refreshed! 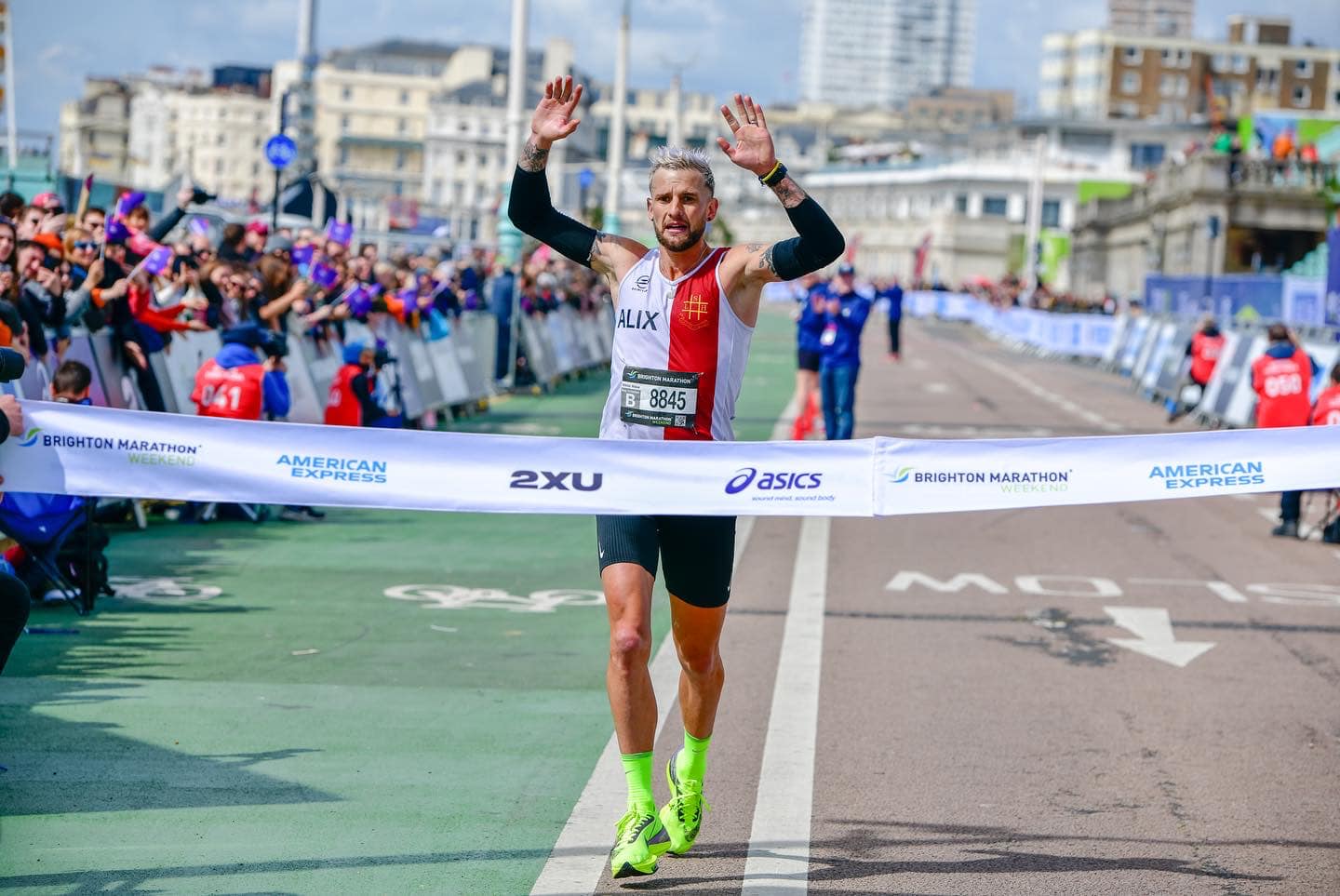 What was your diet/nutrition like in preparation for the Marathon?

I did the carb depletion diet where you don’t have any carbs from your last long run on the Sunday before, so from Sunday to Thursday I didn’t have any carbs! On Thursday to Saturday night, I ate nothing but carbs really – mainly pasta, and rice with chicken but previously I had nothing like that. It’s bizarre but I think it worked reasonably well. It was a strange experience at the start of the week because it does make you feel terrible – not eating and still trying to run – but I think it did work a little.

Tell us a bit about your running history – why did you get into it?

I used to run at school and take part in England Athletics school events – I was okay but you hit 16/17 and there’s all the things that come with being that age, so I pretty much stopped and played football for a while. I didn’t properly start running again until about seven years ago when I was due to get married. I was overweight and I needed to lose some weight to try and get in my suit for the wedding, so I started the classic ‘jog round the block’ kind of thing and eventually I found Park Run and it was that which got me back into my running because it was a weekly thing of “Can I run 21 minutes for a 5k?”. Then it slowly comes down week by week, month by month and that got me into it. Somebody mentioned to me at Park Run once about joining South London Harriers and it all snowballed from there. Ever since then it’s just been a bug and I can’t stop now!

What does a typical week of running look like for you?

I run a lot on my own just because of the way my work tends to be and similarly at the weekend because my son plays football and my daughter has clubs – obviously I want to be at them and that’s the most important thing for me. Monday tends to be on my own although I do have two dogs and I run with them a lot. Tuesday I’ll be at the South London Harriers track, then Wednesday I do a couple of runs on my own. I have a coach who does it out the goodness of his heart – he’s the most amazing man in the world. John Quaintance – he’s the most incredible guy and he meets me on Thursdays at Kenley Aerodrome on his bike, just to run or cycle around with me. I try to meet some of my running club pals at the weekend if I can, but I have to go really early to make sure it doesn’t clash with family commitments.

What marathons had you done before and what’s next for Alix Ramsier?!

I’ve done Yorkshire Marathon, London Marathon twice and Richmond Marathon. Richmond was my first four years ago. My PB before Brighton was London last year (2:39:36) but my first ever one was 3 hours and 45 minutes. One of my good friends is getting married on London Marathon Weekend, so I can’t do that this year and with a rush of blood to the head, I booked in to do Berlin Marathon later this year.

Midway through my training for Brighton, I text my coach and said: “I’m not doing Berlin – it’s too much hard work training for marathons!”. But I feel like I’ve had a gust of wind in my sails after the weekend! I might still do Berlin later this year but for the next few months I think I’ll try a bit of stuff on the track and do some racing there, as I haven’t done that before. I might also do some 5ks and 10ks to get a little bit quicker if possible. But training for marathons is so tough so I’m just going to try and enjoy running over the next few months. Marathon training is a lot week after week – you’re always tired after every run – however easy or hard. For me now it’s about running for enjoyment rather than having to go for a run.

Tell us a bit about you and what you do in day-to-day life.

My 9-5 work is running a lawn care company called Lawnmaster with my wife. We have some great lads that work for us and we are getting really busy as the sun begins to shine again. I also coach with my training partner and amazing friend Jo Vickers in a group called AJ’s Run School. We started the group just before the first lockdown and it has grown over the past few years into something beautiful.

We are a community-based running club and we are passionate about getting people to believe in themselves and to be proud of anything they achieve – whether that’s couch to 5km, or all the way through to ultra marathons! We have over 130 runners within our group and their encouragement with each other is a special thing to watch. They motivate me daily with their achievements within running and it is my proudest project in life. We train with them on Mondays and Wednesdays and then on a Thursday evening I help coach my children and lots of other kids at the South London Harriers track.

I have friends that play football and the atmosphere is so different because you support one or the other, whereas in running the atmosphere is so special as everybody is there to get the best out of themselves but the people watching are all supporting too. It’s just an amazing atmosphere to be around and we try and instil that in our club.

Anything else you wish to add?

I wanted to say thanks to the guys at Brighton Marathon Weekend because beforehand they were great – they gave me an elite entry which they gave to 20 or 30 male and female athletes and afterwards they were lovely. I had to do some interviews post-race and the staff were really helpful in ensuring we were happy and taken care of. It was a really special day. 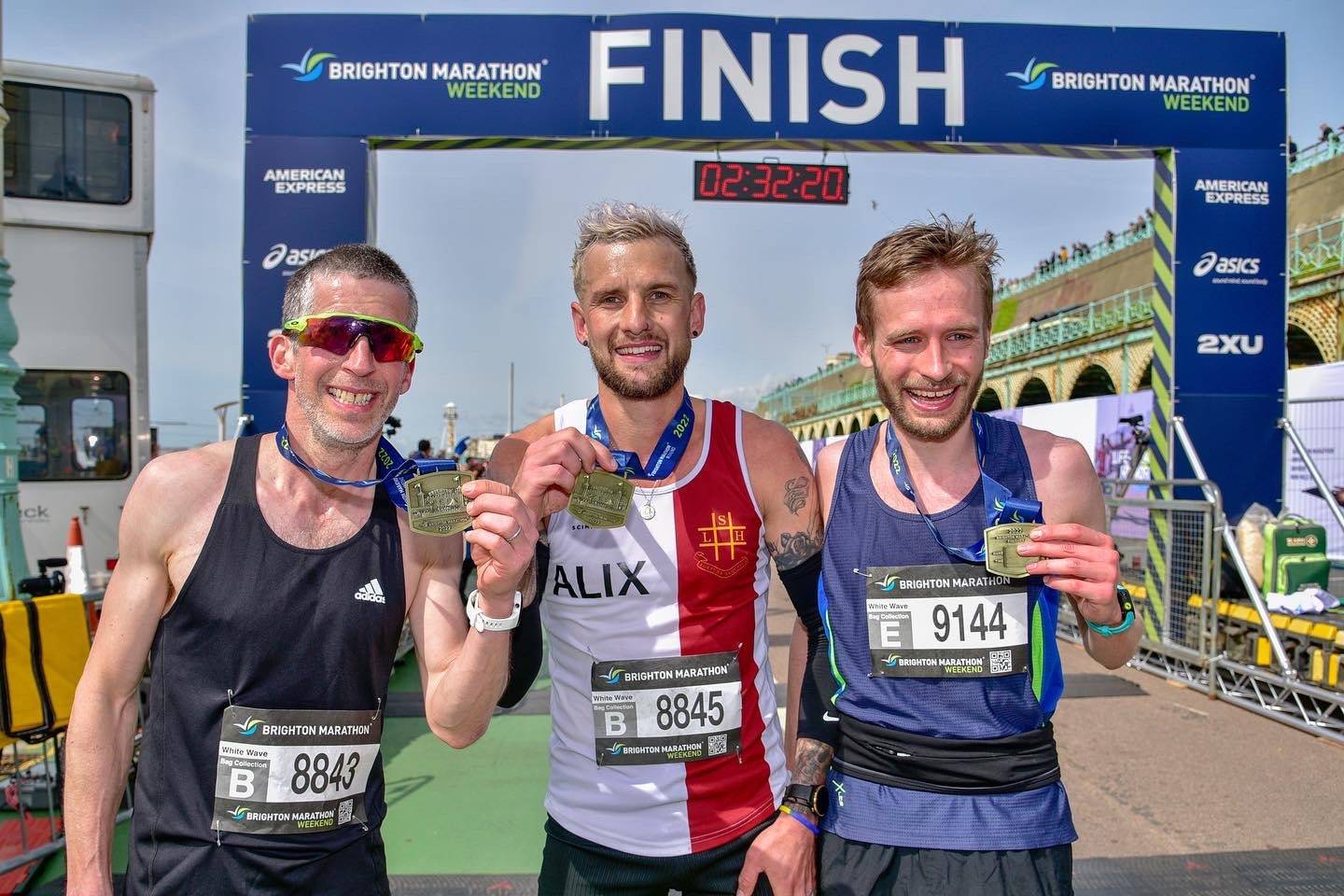 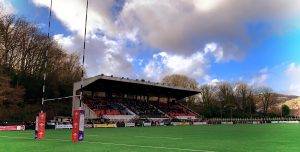 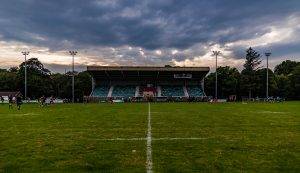 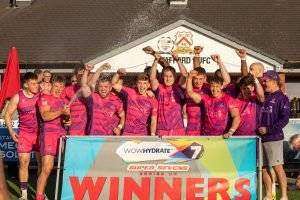